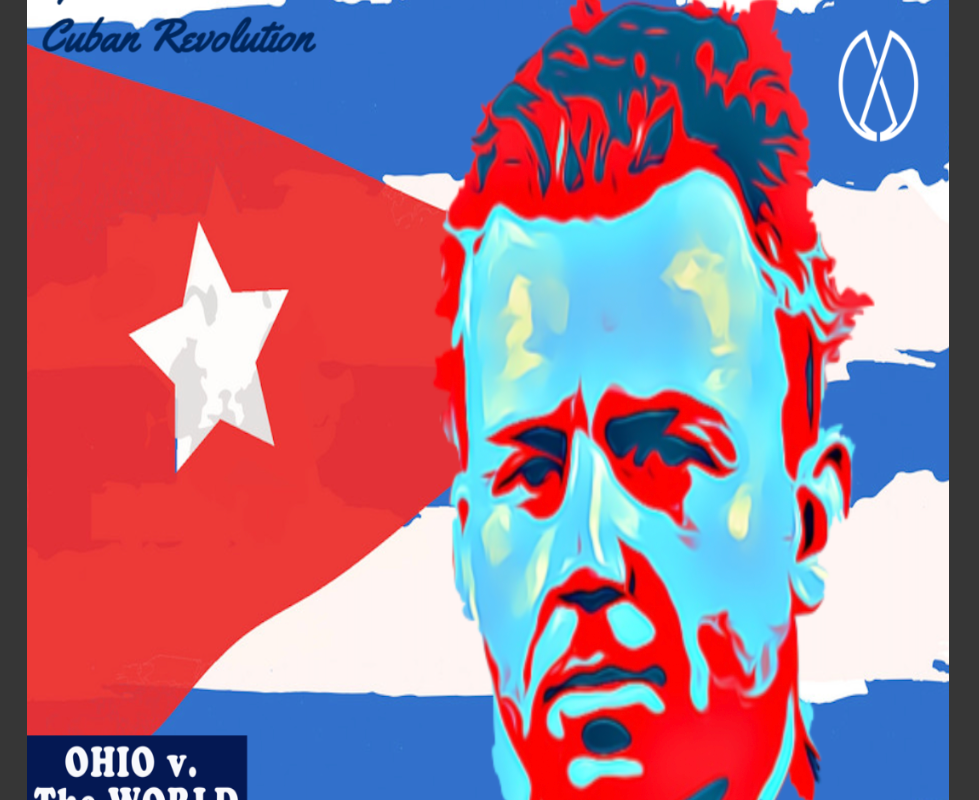 Listen to the two-part episode on William Morgan, the Toledo, Ohio native who becomes a hero of the Cuban Revolution only to try and remove Castro and his communists from his power after the Revolution. See episode descriptions for both parts below…

In Part 1 of a 2-part episode, Alex reveals the fascinating story of the American Comandante, William Alexander Morgan of Toledo, Ohio and how his unlikely service in the Cuban Revolution of the 1950s changed world history. We look at the story of the Cuban Revolution of Fidel Castro on the whole and the improbable victory of the Cuban rebels over the dictator Fulgencio Batista in 1959. This story was too good to fit into one episode and Part 2 of “Ohio v. Revolution” will come out next Tuesday August 10, 2021.

We are joined by author and journalist Michael Sallah to discuss William Morgan’s crazy life story and Michael’s excellent book Yankee Comandante: The Untold Story of Courage, Passion and One American’s Fight to Liberate Cuba (2019). Michael details William’s privileged youth and juvenile delinquency in “The Glass City”. From jumping off roofs, to running away to join the circus, even going AWOL while in the Army, to being an associate of the Toledo mafia. There’s not a more unlikely revolutionary leader in the Cuban War for Independence. Buy Michael’s book here, a truly fantastic read. https://www.amazon.com/Yankee-Comandante-Courage-Americans-Liberate/dp/0762792876

Our second guest Juan Santamarina, professor of history at the University of Dayton. Born in Cuba shortly after the Revolution, Juan takes us through the history of Cuba-American relations in the first half of the 20th Century leading to Castro and Morgan’s separate guerrilla movements in the mountains of Cuba. Professor Santamarina shares the story of the brutal dictatorship of Fulgencio Batista and his surprising resignation on New Years Eve 1958.

Lastly, we’re joined by Australian writer and historian Tony Perrottet. Tony, who writes for Smithsonian Magazine is the author of the great book Cuba Libre!: Che, Fidel and the Improbable Revolution That Changed World History (2019). Tony takes us inside Fidel Castro’s revolutionary movement in the Sierra Maestra Mountains in Eastern Cuba from his disastrous landing in 1956 to their stunning victory in 1959. Castro was not a communist during the war but we begin to see that shift in the year following his successful revolution and taking power as Prime Minister of Cuba. He would remain in power for nearly 50 years. Buy Cuba Libre! here. http://tonyperrottet.com/cubalibre/

In Part 2 of a 2-part episode, Alex concludes the fascinating saga of the American Comandante, William Alexander Morgan of Toledo, Ohio and how his central role in the Cuban Revolution and its aftermath changed world history.

We are joined again by author and journalist Michael Sallah to discuss William Morgan’s rise to international fame following his thrilling turn as a double agent for Castro to thwart an international coup attempt. William Morgan’s rise to fame occurs at the same time as the Castro government turns towards socialism and an alliance with the Soviet Union. Morgan, an avowed anti-communist, moves against Castro and begins raising his own army only to be discovered. We discuss Michael’s excellent book Yankee Comandante: The Untold Story of Courage, Passion and One American’s Fight to Liberate Cuba (2019). Michael details William’s demise and the fallout of his downfall to his rebel wife, Olga.

We’re rejoined by writer and historian Tony Perrottet. Tony, who writes for Smithsonian Magazine is the author of the great book Cuba Libre!: Che, Fidel and the Improbable Revolution That Changed World History (2019). Tony takes us inside Fidel Castro’s initially warm reception by Americans and his trip to the States to his turn as villain when he aligns with the Soviets leading to the Cuban Missile Crisis and over 60 years as an enemy of the United States. We discuss his many trips to Cuba, his great podcast “History Unzipped” and the failed foreign policies of the US in the 1950s.

University of Dayton history professor and Cuban filmmaker Juan Santamarina joins to analyze Castro’s Machiavellian decision making process following the Cuban Revolution and the failure of the Bay of Pigs invasion in 1961. Juan shares with us his thoughts on the current protests in Cuba and their significance in Cuban history and American politics.

Ohio v. the World: an American History Podcast is part of the Evergreen Podcast Network www.evergreenpodcasts.com Check out all or old shows there. Please rate/review the show as well on iTunes or wherever you get your podcasts. Few stories we’ve done are more tailor made for a blockbuster Hollywood production than the story of William Morgan, the Yankee Comandante. You can email the show at ohiovtheworld@gmail.com with show ideas and to reach out to Alex.