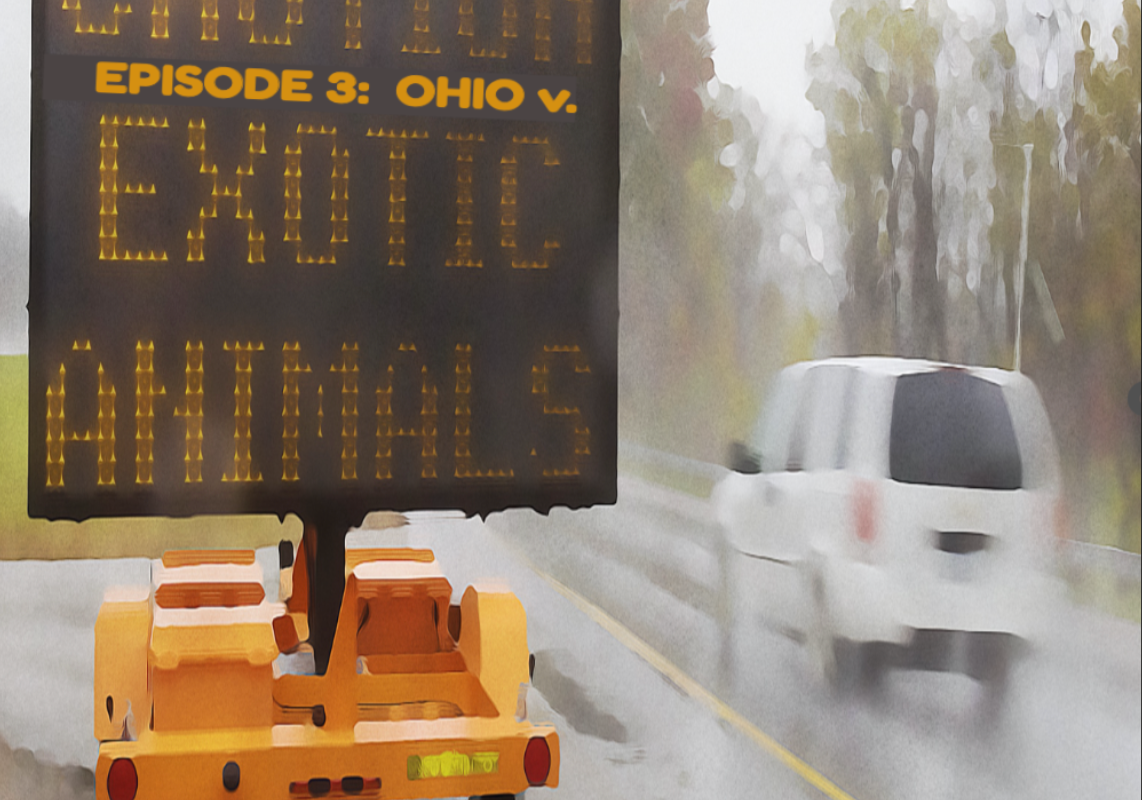 Lions, tigers and bears…oh my! Alex travels to Eastern Ohio and the city of Zanesville to tell the story of one of the craziest and most dangerous events in Ohio history: the Zanesville Zoo Escape. When Terry Thompson released 50 of the world’s most exotic and deadly animals on his hometown and then took his own life in October 2011. Alex relives the events of that surreal night with writers and even an animal activist that was on the ground in Zanesville.

We tell the crazy true story of exotic animal ownership in the United States, it’s bizarre history from Jack Hanna to Joe Exotic: the Tiger King. Alex is joined by Tim Harrison, Executive Director of Outreach for Animals to discuss his first hand experience of the Zanesville Zoo Escape and the continuing problem of exotic animal ownership and exploitation in America. Please donate to Tim’s great organization Outreach for Animals by clicking here. https://outreachforanimals.org/175-2/

We sit down with award-winning journalist and author, Rachel Nuwer, to discuss the story of Terry Thompson and her excellent book, Poached: Inside the Dark World of Wildlife Trafficking (2018). Rachel discusses the rise of the exotic pet population in the US, the role of reality TV and the lack of laws in place prior to the Zanesville Zoo Escape. Also, check out Rachel’s podcast from 2020, “Cat People”. Buy her book Poached here http://www.rachelnuwer.com/poached

Our third guest, Matt Tullis, professor at Fairfield University in Connecticut and former Columbus Dispatch zoo reporter joins us to talk about the life and shocking death of Terry Thompson and the details surrounding his unconscionable release of dozens of exotic animals in October 2011. Matt also talks with us about Jack Hanna, former Columbus Zoo director and television star. We chat about Jungle Jack’s career and his role in the tragic Zanesville Zoo Escape. Check out Matt’s great podcast “Gangrey” about narrative journalism and his interviews with our nation’s finest reporters.

Ohio v. the World: An American History podcast is now part of the Evergreen Podcast Network. Go to https://evergreenpodcasts.com to check out all our past episodes and dozens of other great podcasts. Also you can email Alex at ohiovtheworld@gmail.com.