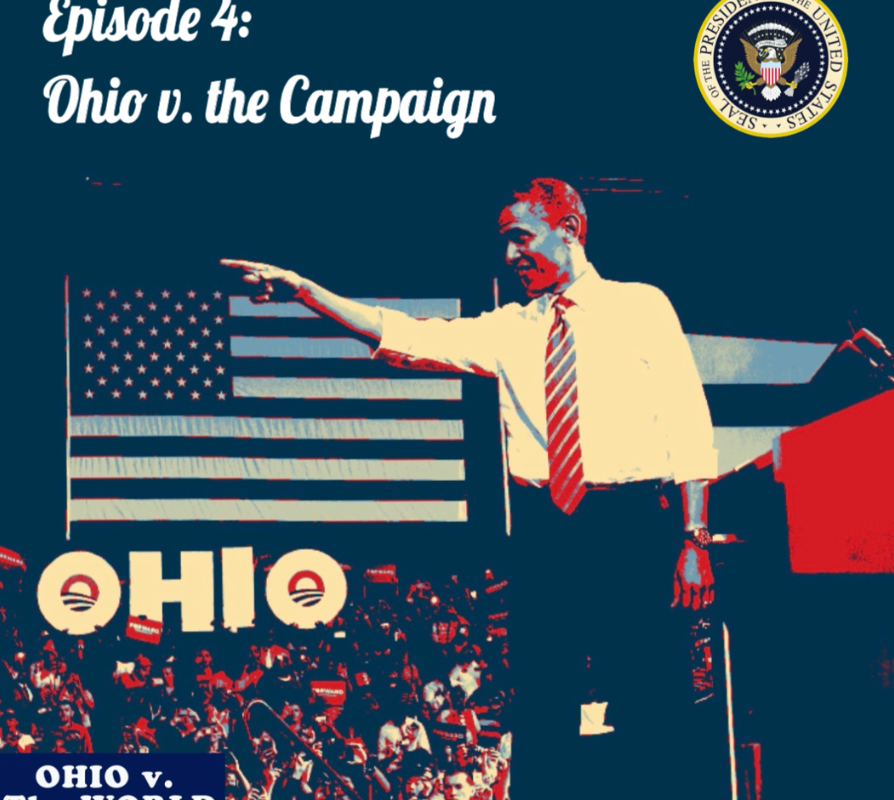 CLICK HERE TO LISTEN TO EP. 4: OHIO v. the CAMPAIGN

EPISODE 4: “OHIO v. THE CAMPAIGN”. Alex takes a break from Ohio’s presidents to go on the campaign trail through the history of presidential elections in the Buckeye State. We focus on the Ohio campaigns of four famous chief executives: Abraham Lincoln, Theodore and Franklin Roosevelt and Barack Obama.

We visit the Ohio Statehouse to talk with Chris Matheney, the historic site manager of the Ohio Statehouse, about Abraham Lincoln’s three visits to “The People’s House” in downtown Columbus from 1859-1865. Alex also sits down with author and historian Jim Robenalt to discuss Teddy Roosevelt’s famous visit to Ohio in 1912 to declare his candidacy for the Republican nomination against incumbent Republican President, William Howard Taft. Robenalt takes us to both Cleveland and Columbus to lay out when Roosevelt “threw his hat in the ring” for another bid for the White House.

Kyle Kondik, author of The Bellwether: Why Ohio Picks the President, joins us from his home at the Univ. of Virginia Center for Politics to relive the 1932 and 1940 campaigns of Franklin D. Roosevelt in Ohio.  Hear from FDR himself on the stump in Ohio and buy Kyle’s awesome book, The Bellwether. It’s the ultimate book on presidential elections in Ohio, click link here to buy it. https://www.ohioswallow.com/book/The+Bellwether

Lastly, Alex sits down with two friends both named Mike to discuss the 2008 campaign between Barack Obama and John McCain. Alex visits with Defiance, OH native Mike O’Neil, former special assistant to President Obama, to discuss Senator Obama’s victorious campaigns in Ohio in ’08 and ’12. It was one of the most fun interviews we’ve done on Ohio v. the World. We also welcome back to the show Mike Allbritain to discuss McCain’s announcement of Sarah Palin as VP in Dayton, Ohio. Mike and Alex also talk about the role of Toledo, Ohio native, “Joe the Plumber”, in the historic 2008 campaign.

Don’t forget to rate/review the show on iTunes and don’t hesitate to reach out to Alex about the show and future show ideas at ohiovtheworld@gmail.com.

CLICK HERE TO LISTEN TO EP. 4: OHIO v. the CAMPAIGN