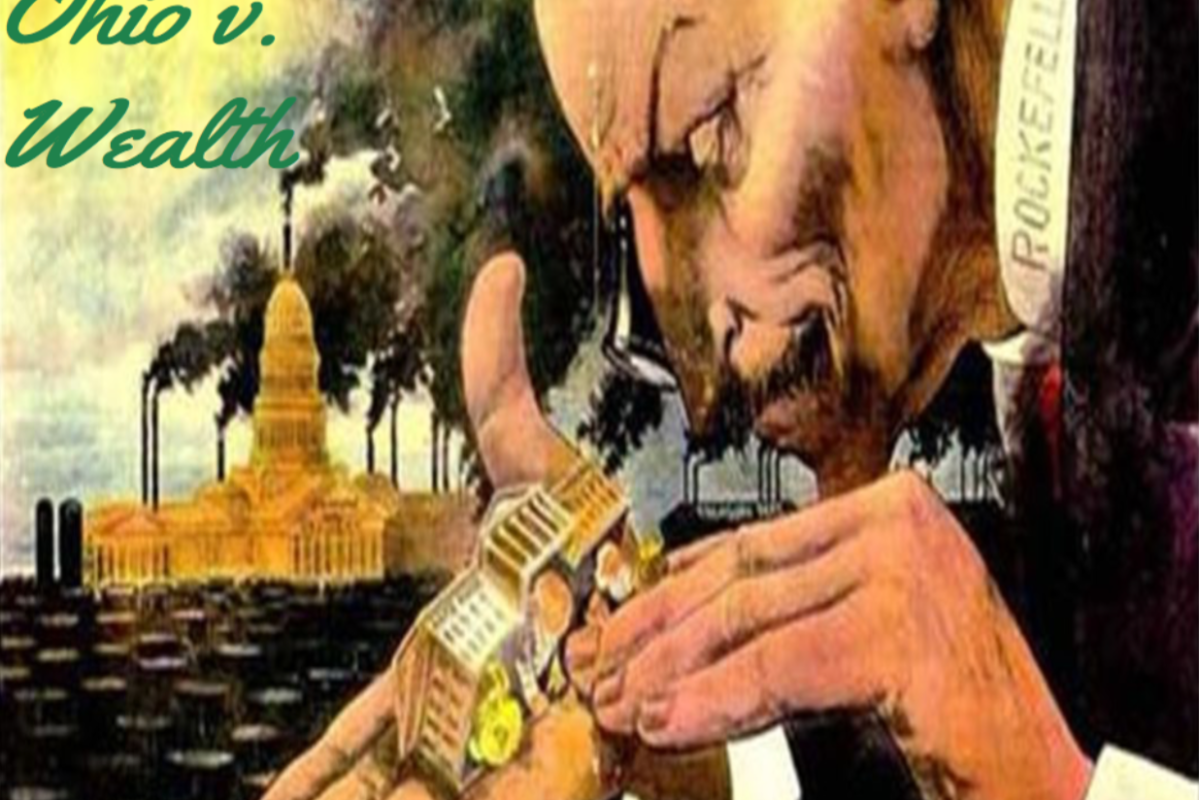 Episode 11: “Ohio v. Wealth” (John D. Rockefeller). We travel to Cleveland to tell the story of the richest man in the world, John D. Rockefeller and the infamous Standard Oil. Alex meets with Kevin Callahan of the Western Reserve Historical Society to discuss Rockefeller’s youth and building of the oil empire, Stndard Oil on the shores of Lake Erie. We also sit down with Cleveland attorney, Ben Wiborg, to discuss Rockefeller’s taking control of the oil industry and the muckraking journalist, Ida Tarbell, and her crusade to take down Rockefeller.

As Rockefeller’s bank account grows so does the country’s hatred towards him and his Standard Oil monopoly. The Roosevelt and Taft Administrations and the Justice Dept. take Standard and Rockefeller to the Supreme Court. We chat with Cleveland-Marshall College of Law Professor, Christopher Sagers, about the US. v. Standard Oil case and the era of trustbusting. We analyze how Tarbell and the government’s takedown of Standard Oil makes John D. Rockefeller the richest man in the world.

We are excited to talk with Jamison Pack, Chief Marketing Officer from the Ohio History Connection, about the new exhibit Ohio: Champion of Sports opening on March 16, 2019 at the Ohio History Center. (23:00) We talk about the future of the OHC and the future Museum of Ohio. www.ohiohistory.org/learn/ohio-champion-of-sports

Ohio v. The World is supported by our friends at GoBus! Go to www.ridegobus.com for a list of cheap rates and routes around the Buckeye State.

One thought on “Episode 11 is here! “Ohio v. Wealth” the story of John D. Rockefeller and Standard Oil”